1) World of Warships is FREE to play!

All you need to do to get started is click the orange PLAY FOR FREE button. If you already have a Wargaming account, just download the game. If not, just provide an e-mail address and choose a username, and you’re good to go! 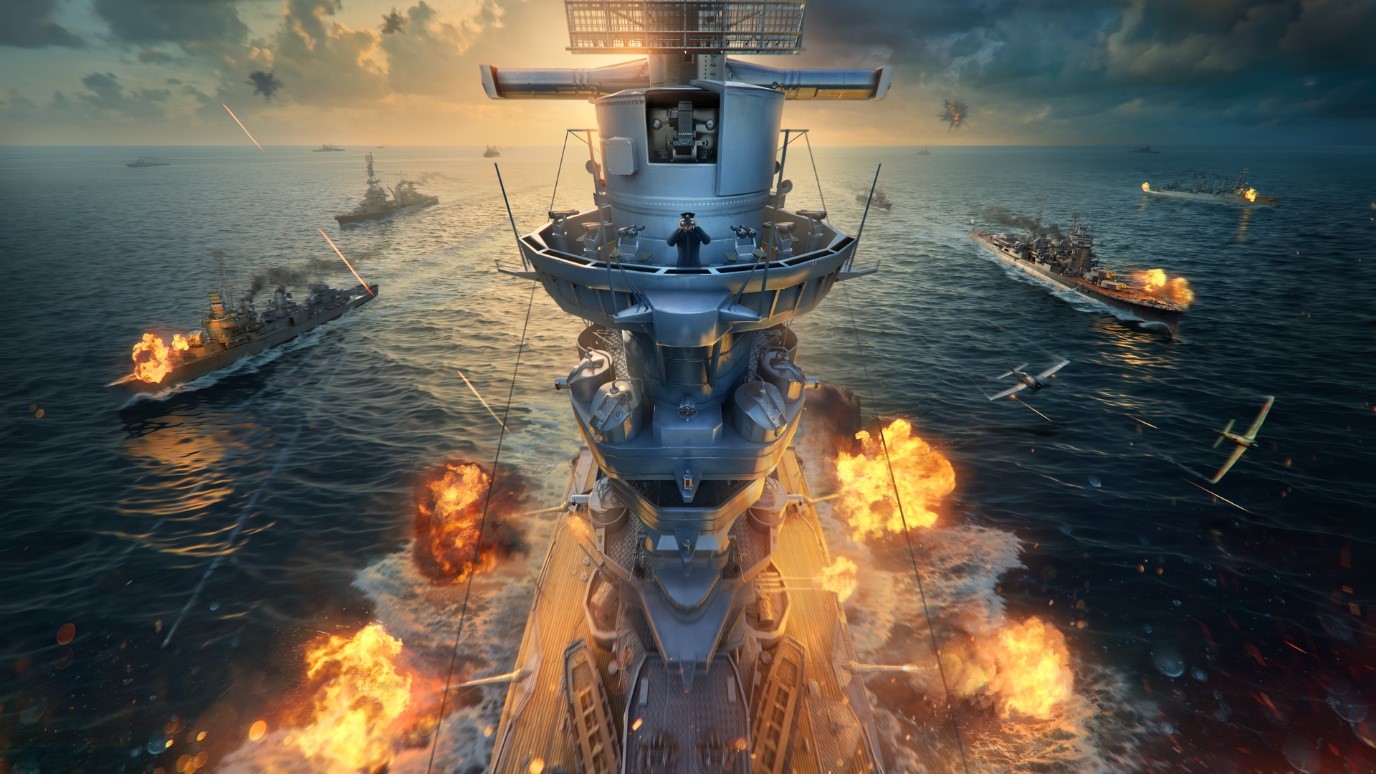 World of Warships for PC

2) You can play with friends in Divisions and Clans, or play alone.

Join a team and engage in battles against bots or real players. You can also invite your friends to form your own Division or join a Clan to find like-minded Captains to conquer the seas with. Team up and take advantage of a wide array of in-game features! If you prefer the lone-wolf playstyle, you can always join the fight individually.

3) You can control ships from 11 different Naval powers.

Choose the flag you want to sail under. In World of Warships, you can pick from the world’s leading naval forces. 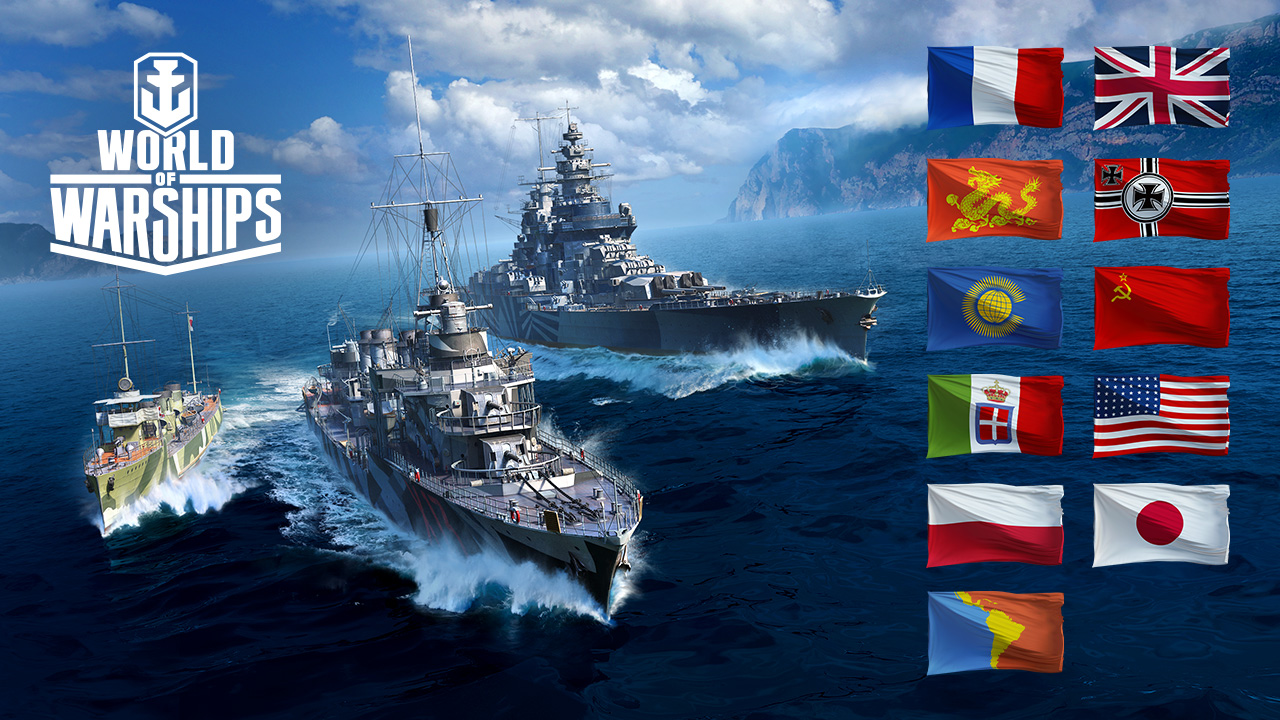 Study each nationality’s strong points and quirks, weigh up their gameplay possibilities, and use them to your advantage in battle when developing your own tactics!

The naval powers of the Russian Empire and U.S.S.R. are represented by destroyers and cruisers. Most of these high-speed gunships have light armor and remarkable main battery guns. Famous ships in the game include Aurora, Kirov, Tashkent, Mikhail Kutuzov, Derzki, and Gnevny.

One of the main maritime powers is represented in the game across four ship types. Versatility is a common attribute of all-American ships. Famous ships in the game include: Iowa, Midway, Des Moines, Cleveland, Benson, and Gearing.

The Japanese fleet is the polar opposite of the U.S. Navy. These original ships rely on speed and powerful armament instead of thick armor. Famous ships in the game include: Yamato, Fuso, Shokaku, Nagato, Akizuki, and Myoko

The Royal Navy fields some of the most renowned warships of the first and second World Wars, which work best when used tactically to outmaneuver the enemy. Famous ships in the game include: Leander, Hermes, Warspite, and Cossack.

The main merits of German ships are their armor and shell-penetration efficiency. German ships excel at taking a punch while rushing toward key locations. Famous ships in the game include: Bismarck, Tirpitz, Nürnberg, Admiral Hipper, Gneisenau, and Leberecht Maass.

Known for their high speeds and rate of fire, French battleships and cruisers are excellent at putting pressure on weaknesses in enemy formations. Famous ships in the game include Dunkerque, Richelieu, and Algérie.

Błyskawica is a multipurpose destroyer, combining the best attributes of American and Soviet destroyers.

Ships from Indonesia, the Republic of China, Thailand, and the Republic of Korea are distinguished from others by the short reload time of their Smoke Generator consumables and their powerful deep-water torpedoes. Famous ships in the game include Anshan and Lo Yang.

Australia, Canada, and New Zealand are represented by cruiser Perth and destroyers Vampire and Haida.

With relatively good speed, powerful artillery, and excellent ballistics, Italian ships have their own “temperament” and are also pleasant to look at. Famous ships in the game include Roma and Duca degli Abruzzi.

The pioneer of this nation in the game is light cruiser Nueve de Julio from Argentina, with fifteen rapid-fire main battery guns, powerful AA defenses, and high speeds.

4) You can customize the exterior of each warship as you wish. 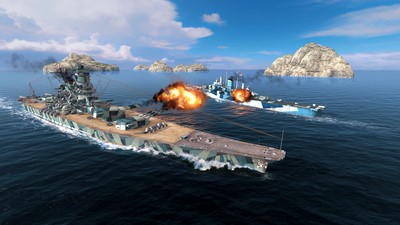 In World of Warships, you can customize your ships how you want, with dozens of different historical and themed camouflages at your disposal, as well as a variety of special flags to decorate your masts with.

5) You can choose from four types among more than 400 warships available. 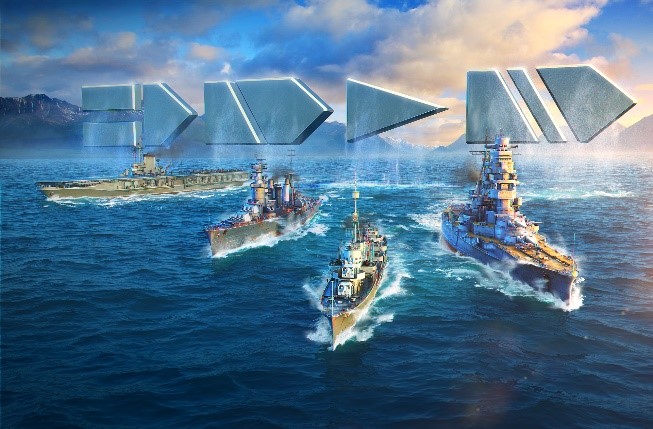 In World of Warships, you can take control of a vast amount of ships of different shapes, sizes, and specializations. Ships are divided into four distinct classes: destroyers, cruisers, battleships, and aircraft carriers.

Small, light, and unassuming—destroyers make use of stealth and speed to surprise enemy warships with small quick-firing guns and spreads of torpedoes.

Larger than destroyers yet smaller than battleships, cruisers are often called upon to carry out all manner of auxiliary duties.

Large, well-armored warships brandishing massive main guns along with numerous secondary and defensive AA batteries; battleships are some of the most powerful ships in the game.

6) You can be rewarded for inviting friends with the Referral program.

“Play with Friends” is a referral program currently in effect in World of Warships, granting bonuses simply for inviting other people to join the game.

Any player with at least Level 3 in their Service Record is eligible for the Program.

If a Veteran Player succeeds in bringing new players to the game or getting former players back into battle, both the Veteran Player and all their invitees receive a reward.

7) You can enjoy new features every few weeks.

In World of Warships, the machinery never stops; the development team is constantly working. Every four weeks the game is updated with new content, ships, and events that you can take part in and be rewarded with big bonuses. 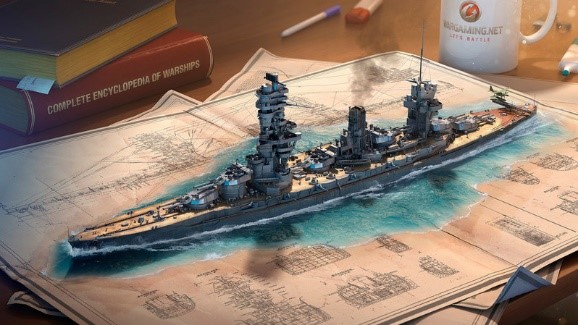 If you liked this article then you'll love our newsletter!

Join us to receive hilarious memes, photo galleries, tips&tricks, and the best games!

World Cup: The best apps to get delivery food the day of the match